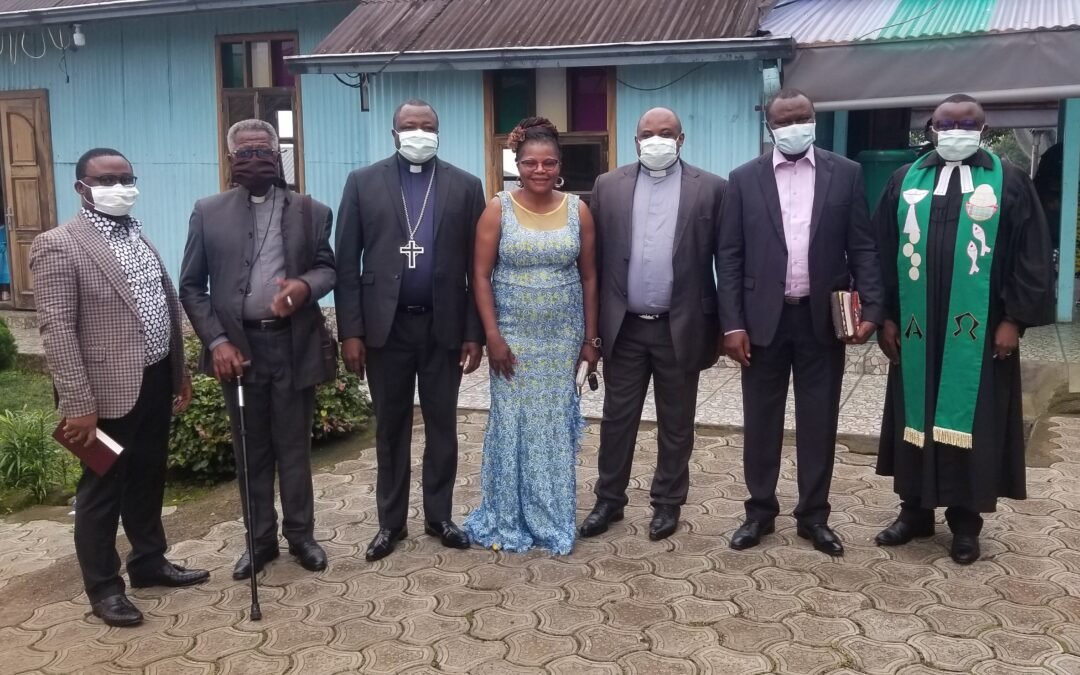 The Executive Bureau of the Council of Protestant Churches of Cameroon #CPCC, better known by its French acronym #CEPCA (Le Conseil des Églises protestantes du Cameroun (CEPCA) has paid an official visit to the headquarters of the Presbyterian Church in Cameroon PCC at the Synod Office Buea. The reason for their visit was to stand in solidarity with the PCC which is one of its members, to strengthen them in this time of the Anglophone crisis which has wreaked havoc on the English speaking part of Cameroon. It should be noted that the #Moderator of the PCC, the Rt. Rev. Fonki Samuel is also the President of CEPCA made of 11 protestant churches in Cameroon. The CEPCA executive bureau worshipped in the Synod Office congregation on Sunday and later had a meeting the next day with Heads of Departments to strengthen their various services and to chart a way forward in such crisis moments.