About The Presbyterian Church In Cameroon

We welcome you to know more about the roots, mission and vision of our christian movement. ContactDonate

AS IT WAS IN THE BEGINING

The Basel Missionaries arrived the coast of Cameroon on Dec 23rd 1886 with faith and zeal to plant God’s word in the Cameroonian soil. The first three who arrived were: Rev Gottlieb Munz, Rev Christian Dilger, Rev Johannes Bizer and Rev Friederich Becher. Rev Becker unfortunately died of malaria four days after their arrival. Writing back home about this, Rev Christian Dilger had this to say “It is the Lord whom it has pleased to introduce our band in such a way. We therefore can and will not withdraw.” And they did not withdraw.

From then on, through rough terrain, under difficult weather, threatened by the deadly malaria fever, they strode over long distances, taking the gospel of the resurrected Jesus Christ to Cameroonians. Their zeal was daunted only by the First World War when Germany finally succumbed to the military pressure of Britain and France and the territory was partitioned. Britain was in control of 1/5 of the colonial territory and France had 4/5. This had serious consequences on the missionary enterprise. The missionaries, especially Germans, were forced to leave Cameroon since it was feared that the Germans could use their nationals to achieve their wish of reclaiming Cameroon (the last white missionaries to leave were the Australian R. Rhode, and the American Bender) and missionary work of the Basel Mission was left in the hands of the indigenes, championed by Johannes Litumbe Ekese who directed the affairs of the Basel mission with some native teachers/catechists. Basel Missionary stations in the French Cameroon were left for some time unattended, until 1917 when the French-Paris Mission came in on the invitation of the Basel Mission.

By the early thirties the Basel mission had opened many new schools, medical institutions and theological colleges. In 1939, the works of the various missionary bodies in Cameroon were once more nearly grounded as a result of the Second World War. White missionaries had to leave the country. The works in the mission stations were carried out mostly by the native Pastors, Catechists and Teachers. After the war, many white Basel missionaries did not come back to Cameroon. This created the problem of personnel for the work in the field. In order to combat the problem the Home Board of the mission recommended the ordination and training of indigenous teachers/catechists to take up the mission work in the country.

As time went on, the Basel Mission thought the Church they had founded in Cameroon needed to be independent. For this to happen the Church had to be self-propagating (can evangelise on its own), self-governing (can govern itself), and self-supporting (can finance its own activities). By 1957, both the Basel mission and the indigenes thought the time was ripe for independence. Consequently, on the 13th of November 1957, at 11am, the Presbyterian Church in Cameroon was born when the final draft of the constitution was unanimously adopted at Ntanfoang-Bali. This was followed by prayer, hymns of praise and the ringing of the Ntanfoang Church bell.From then on the Presbyterian Church has grown in leaps and bounds and now exists in all of the ten regions of Cameroon.

The early history of this rapidly growing church can be traced as far back as 1843 when the Alfred Saker of the English Baptist Missionaries Society started work in Fernandopo, which is today and integral part of the Republic of Equitorial Guinea. However, the direct lineage of the PCC dates back to the 23rd December 1886 with the arrival of the Basel Missionaries. And on the 13th November 1957 in Bali of the North West Province of Cameroon, the Presbyterian Church in Cameroon was born and the 1st Synod was constituted. As is the case with any organization with the zeal to succeed, there must be an authority (a governing body) to oversee its affairs.

Under the different departmental and Service heads of the Synod Office are a vibrant support staff. The support staff acting like one invincible force operate in various capacities as: Administrative Assistants, Office Clerks, Cashiers, Accounts Clerks, Journalists, Secretaries, Technicians, Receptionists, Drivers and Runners.

Life at the Synod Office begins at 7:30 AM every day from Monday to Friday every week. Mondays usually begin with an assembly of all staff in the prayer room for devotion. Staff communion with God every Mondays and Fridays of the week is an indispensable activity that guarantees a successful working week.

The PCC is managed from the Synod office with the use of committees. Committees are charged with varied functions, and the manage the smooth function the the entire PCC

Our vision and mission is to help connect people to faith

Preaching the Good News of God and matching it in words and action.Connecting those who lost faith with the help of our well structured institutions covering a vast arena of activities.Through our work with the help from partners we try to reach out even to those who seem disconnected from the word of God.Give your life a meaning through christ by reaching out in any way possible.

The mission of the Presbyterian Church in Cameroon like that of the universal church is to proclaim the Good news of God through Jesus Christ in word and action. The proclamation of the good news includes; preaching of the word, teaching, healing, and liberating the people of God from son (Lk 4: 18-19)

The ultimate intention is to fulfill the mission of the Church with deep commitment to human dignity and basic human rights, and the moral and ethical obligations.

The moderator of the PCC is the head of all the Presbyterian Churches in Cameroon. Rt. Rev. Fonki Samuel Forba is the current Moderator of the PCC. Rev Fonki was born on the 23rd of November 1965 in his native village of Bombe in Akwaya Sub Division in Manyu Division. His educational career that started at St. Paul Primary School Bombe, culminated with a Masters Degree in Applied Theology at the University of Birmingham in the United Kingdom. He has served the church in different capacities, ranging from Parish Pastor to Presbyterial Secretary in different presbyteries and also as Direct Partnership Secretary PCC.

He is married to Rev. Dr. Perpetua Fonki a lecturer at the Cameroon Christian University – Kumba Campus who doubles as PCC National Communication secretary and they are blessed with with two sons; Fonki Junior and Fonki Uriah. 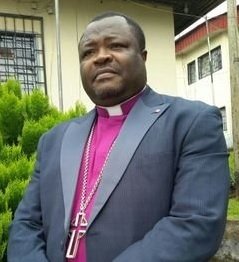 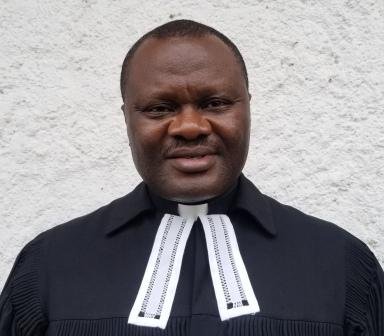 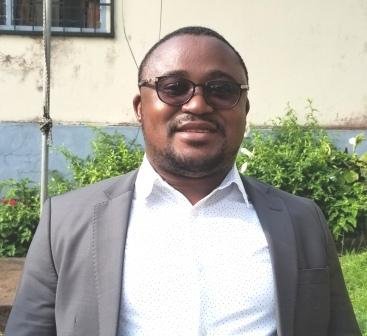 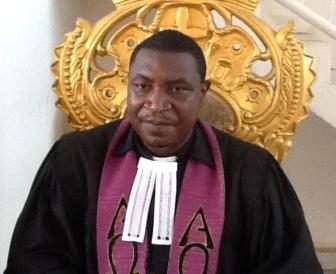 The Secretary Committee of the Ministry 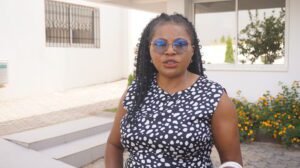 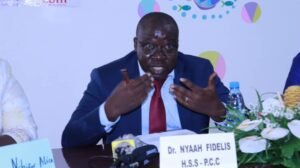 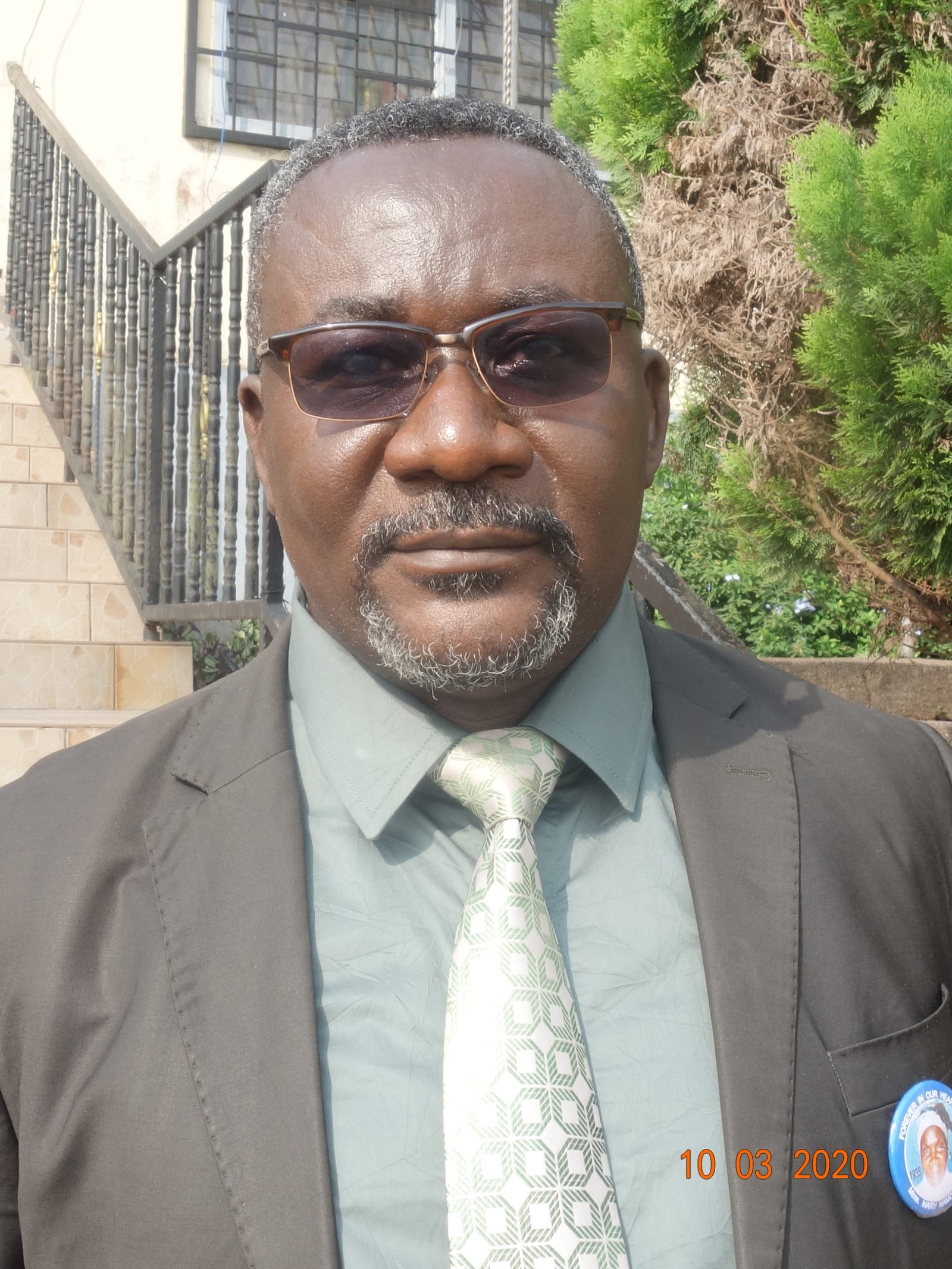 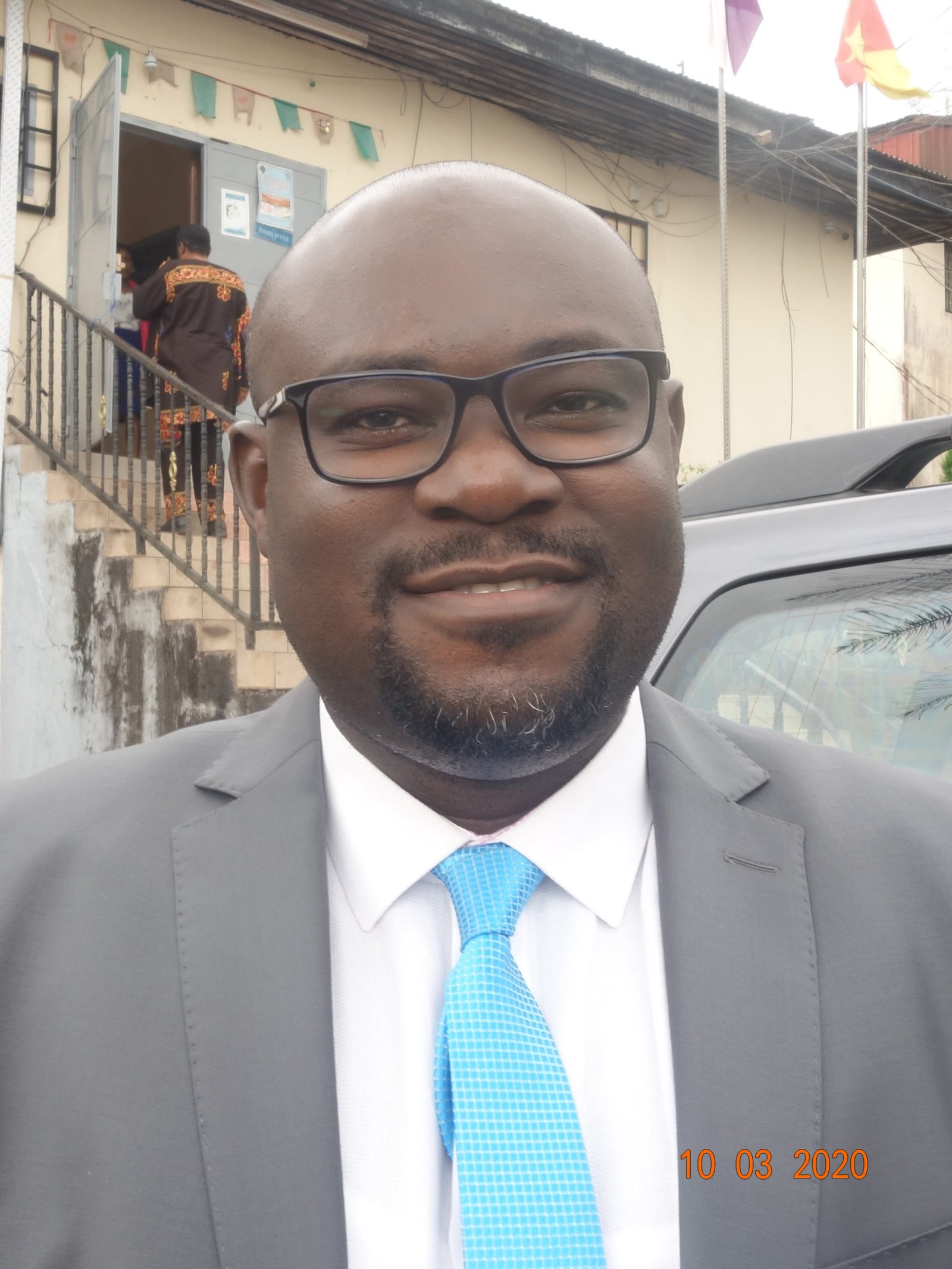 Knowing God gives peace,builds unity and inspires growth in value of knowing Christ the mentor.The PCC in its quest of guiding its Christians towards Christ ensures that the following aspects are matched with actions of faith and divine guidance throughout its institutions .

Unity of the body of christ is a fundamental doctrine that is manifested in the oneness of believers in their common covenant relationship with God.It is based on all those who have their common salvation in christ that results from having obeyed the gospel through baptism into the death,burial and ressurection of jesus. Rom 15:5

Forgiveness is the release from the mind and heart of the offended feelings of resentment towards and offender.Such feelings ,if continued will hinder the spiritual and emotional growth of the offended.Eph 4:32

Agape is the most intense word that was used for love in the new testament.it is the word that is commonly used in reference to the love that exists between God and man and between christians. 1Jn 4:16

To be rescued from danger or evil, salvation is a main idea in the bible.God will take all the results of sin.He will bring his creation to a eaceful and friendly relationship with him. In the old testament,God saved his people from their enemies several times. Ex 15:1-21

Who was the first Moderator of the PCC?

Where is the Headquarters of the PCC?

Who is the current Synod Clerk of the PCC?

What year did the PCC gain independence?